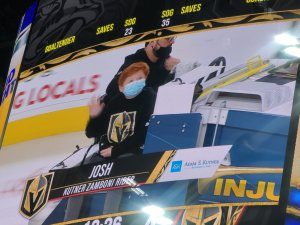 Your ticket for the: Vegas Golden Knights vs Nashville Predators 3-24-2022