The Golden Knights hosted reigning champion Tampa Bay Lightning before the NHL pauses for a handful of days. Tampa only needed six minutes to take the first lead of the game. After a scary collision, Vegas captain Mark Stone came back out and tied the game on the power play.

The offense picked for both teams in the middle frame. Stone scored again 1:41 into the period to give Vegas their first lead of the game. Nic Roy stretched the Golden Knights lead to 3-1 shaking Norris trophy defenseman Victor Hedman. Tampa woke up and tied the game on two straight shots. After forty minutes, the game was tied up 3-3.

The Lightning took the lead late into a third period power play. Vegas had some chances throughout the final twenty minutes but couldn’t tie the game.

The Golden Knights record drops to 20-12-0 falling 4-3 to the Lightning. Vegas and the rest of the NHL will get some time off and return to the ice after Christmas. Until further notice from the league, the Golden Knights are scheduled to play the Colorado Avalanche on Monday night. Puck drop is set for 7P. Philadelphia took the early lead at T-Mobile Arena, scoring the game’s first goal 4:20 into the opening twenty minutes. It took a while but the relentless Golden Knights tied the game with :49 remaining in the period.

The Flyers regained their lead on a rebound after a flurry of shots on starter Laurent Brossoit. Trailing 2-1, Vegas again tied the game late in the period when Max Pacioretty scored his eighth goal of the season. After 40 minutes the game was locked up 2-2.

Vegas quickly trailed by two after Philadelphia scored two unanswered in the first ten minutes of the period. Pacioretty added a late power play goal but the Flyers went on to win 4-3 at T-Mobile Arena, breaking their ten game winless streak.

The Golden Knights record drops to 15-11-0 after falling to the Flyers. Vegas finishes their homestand with a matchup against the Minnesota Wild on Sunday evening. Puck drop is scheduled for 7P. 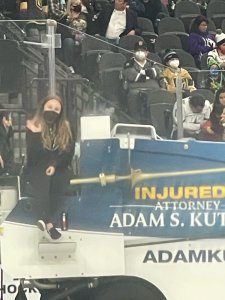 The Golden Knights came out firing the puck, outshooting the Stars 10-5 in the first period. Each team was awarded a power play and only Dallas was able to cash in to take a 1-0 lead into the intermission.

Mark Stone tied the game immediately in the middle period, scoring his second goal of the season :19 seconds in. The Stars would respond with back to back power play goals, making them 3/3 on the man advantage. Late in the period Jonathan Marchessault gave Vegas life with his 11th of the season.

The two traded goals midway through the final frame but Stone and his linemates would come through again. The captain tied the game with five minutes remaining and Max Pacioretty broke the tie a minute later.

The Golden Knights record improves to 15-10-0 with their 5-4 comeback win against Dallas. Vegas will next face the Philadelphia Flyers on Friday night. Puck drop against the Flyers is scheduled for 7P. The Golden Knights and Flames matched up for their first time since the 2019-20 season. Both teams came out hard, creating a playoff type atmosphere. Max Pacioretty gave Vegas a 1-0 lead late in the first period.

The second period was tighter with less chances for both offenses. The Golden Knights fought off a late penalty to carry their 1-0 lead into the second intermission.

Center Nic Roy quickly doubled Vegas’ lead 1:49 into the final frame. Both teams traded goals but the Golden Knights held on to win. Robin Lehner was sharp in net stopping 24 of 26 shots to preserve a 3-2 Golden Knights victory.

The Golden Knights record improves to 14-10-0 after defeating the first place Flames. Vegas will next host the Dallas Stars on Wednesday night. Puck drop against the Stars is scheduled for 7P.

Your ticket for the: Vegas Golden Knights vs. Calgary Flames 12-5-2021